In the EU research project “Redifuel”, which is active since the end of 2018, the substitute fuel produced at the beginning of the project, which simulates the final “Redifuel”, has successfully completed the first test runs on the application-oriented Complete Common Rail System (CoCoS) test rig of Tec4Fuels GmbH. As the production process for the target product “Redifuel” is still under development, OWI and Tec4Fuels have produced a substitute fuel from existing alcohols for initial tests and analyses, which complies with the EN 590 standard for diesel fuel in terms of density, viscosity and cetane number, for example. The “Redifuel” surrogate has completed 100 hours in the test run without failure or maintenance of the common rail system components and thus performed in line with expectations. The injector flow rate was constant during the entire test period. No deposits were observed. The fuel aged during the test due to the forced load. Further tests will soon be carried out on different blends with different surrogate concentrations in the diesel to investigate the effects of the fuel on different materials of a fuel system, the effects on lubricity and ageing behaviour and the performance in the engine.

CoCos is a Hardware in the Loop test bench specially designed for fuel and component testing, where the fuel flows through a complete diesel common rail system and is, in a loop, recollected and reused again. In the test procedure, the fuel is tested at various test parameters and its behaviour is analysed over longer periods of time. These tests allow a detailed analysis of the drop-in capability of the fuel as well as its interaction and compatibility with the fuel injection system. In addition, the injection performance can be observed over longer periods of operation.

In the research project, the production and introduction of a low-CO2, liquid, second-generation bio-based fuel will take a decisive step forward. Additionally to the introduction electromobility especially in short-distance transportation the “Redfiuel” could contribute to securing mobility over long distances and thus gradually replace fossil fuels. The biomass used for production must not compete with food production or the land on which it is grown.

Production of a renewable diesel biofuel

The overall objective of REDIFUEL is to enable sustainable and cost-competitive production of renewable EN590 diesel biofuel (drop-in capable) from various biomass feedstocks. This requires the development of new technologies and processes. One focus is the development of a compact and highly efficient Fischer-Tropsch process for the conversion of biogenic synthesis gas into a liquid raw product. Another core topic is to develop an efficient hydroformylation process for further processing of this raw product into a high-quality liquid fuel. For this production process, from synthesis gas to diesel-compatible EN 590 standard-compliant biofuel, a design for the construction of a small and a medium-sized production plant is to be developed.

The target fuel production costs are at the level of 0.90 – 1.00 € per litre (depending on the biomass source) and thus competitive with conventional fuels. Apart from high energy density, the fuel is also to be characterised by particularly advantageous low emission values. The environmental and social aspects of the developed technologies will be assessed in a comprehensive Biomass-to-Wheel performance analysis.

To the website of the EU research project REDIFUEL 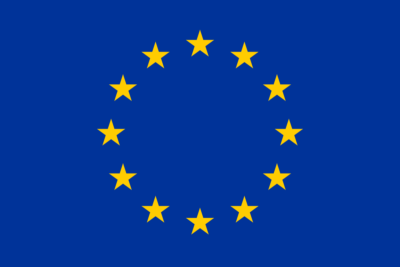